Through The Leaded Glass (Paperback) 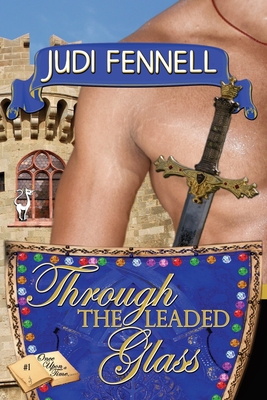 Through The Leaded Glass (Paperback)

A future to look forward to

Kate Lawton, a successful advertising executive has it all: the respect of her colleagues, the trappings of her career and an adopted daughter on the way. She doesn't need the tall, dark, and handsome part--been there, done that, has the t-shirt. She also has a few interesting souvenirs from the Renaissance Faire her friend drags her to for a fun girl's weekend.

She got a little more than she'd bargained for.

A past filled with intrigue

Alexander Traverse, earl of Shelton, is planning to marry to please his king, but the family heirloom engagement ring has been stolen. Legend says that the family's luck is tied to the ring though Alex puts no stock in it. Yet when other items go missing from his estate and a gypsy spouts dire warnings of doom and gloom, his friends urge him to reconsider.

Alex would rather find the thief.

But when Kate travels from the twenty-first century to the fifteenth, Alex realizes that there might be more to the legend of the ring than he'd previously thought.

And there's a whole lot more to Kate than meets the eye.