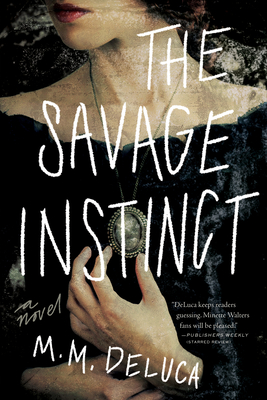 
Not On Our Shelves—Ships in 1-5 Days
A fascinating portrayal of womanhood in Victorian England that is also a nail-biting thriller that will keep readers riveted until the very last page. --Booklist Perfect for fans of Margaret Atwood's Alias Grace and Hannah Kent's Burial Rites, this taut psychological thriller offers a delicious take on deviant and defiant Victorian women in a time when marriage itself was its own prison. England, 1873. Clara Blackstone has just been released after one year in a private asylum for the insane. Clara has two goals: to reunite with her husband, Henry, and to never--ever--return to the asylum. As she enters Durham, Clara finds her carriage surrounded by a mob gathered to witness the imprisonment of Mary Ann Cotton--England's first female serial killer--accused of poisoning nearly twenty people, including her husbands and children. Clara soon finds the oppressive confinement of her marriage no less terrifying than the white-tiled walls of Hoxton. And as she grows increasingly suspicious of Henry's intentions, her fascination with Cotton grows. Soon, Cotton is not just a notorious figure from the headlines, but an unlikely confidante, mentor--and perhaps accomplice--in Clara's struggle to protect her money, her freedom and her life.