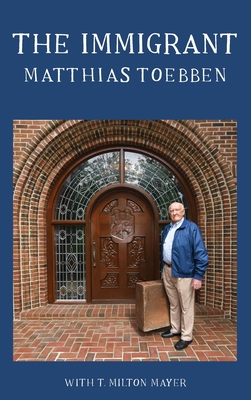 By Matthias Toebben, T. Milton Mayer (As Told to)

The story of Matth Toebben begins as a tale of a young child growing up under the scourge of Nazi Germany. He was forced to witness things a boy of his age should never see. For Matth and his family, every day was a struggle for survival in a time of overwhelming oppression.

At the age of twenty-one, he headed forth across the Atlantic Ocean to America. Although he was unable to speak a word of English and had only ten dollars in his pocket, he wasn't deterred. Those obstacles were offset by an abundance of ambition and determination. He found the United States to be a land of immense opportunity for anyone willing to work hard and make their visions a reality. He dedicated himself to the principles upon which his new country was founded: devotion to God, love of family, and dedication to the community. Through sheer determination, he succeeded, and with each success came another. Along the way, he faced multiple disasters, both professionally and personally. It was the way in which he overcame the setbacks that had defined him as one of the area's most respected and influential leaders.