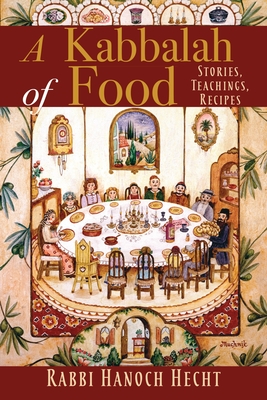 Stories and food have always been central to Jewish life, and in this book, they are uniquely tied together. Thirty-nine Chassidic tales, revolving around food and eating and accompanied by spiritual teachings, delve into the mysteries of the Kabbalah, the joy of the Chassidim, and the power of religious faith and acts (mitzvot). Sixty-three recipes highlight Kosher cooking and the special foods traditionally prepared for Shabbat and the major Jewish holidays, including such favorites as knishes, latkes, gefilte fish, brisket, kugel, bagels, and challah bread. Many of the recipes are suitable for children to learn to cook.