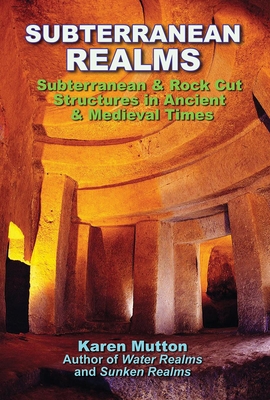 
Not On Our Shelves—Ships in 1-5 Days
Subterranean Realms is a unique book that surveys underground and rock cut structures created in the past. It is the third book in Mutton's trilogy on mysterious realms, the others being Sunken Realms and Water Realms. We know who built some of these astonishing and mysterious structures, but others were built by unknown civilizations in prehistory for reasons that are debated among researchers. Some subterranean structures may have been built for initiation ceremonies or perhaps for acoustic reasons, or both. Mutton discusses such interesting sites as: Derinkuyu, an underground city in Cappadocia, Turkey that housed 20,000 people; Roman catacombs of Domitilla; Palermo Capuchin catacombs; Alexandria catacombs; Paris catacombs; Maltese hypogeum; Rock-cut structures of Petra; Treasury of Atreus, Mycenae; Elephanta Caves, India; Lalibela, Ethiopia; Tarquinia Etruscan necropolis; Hallstatt salt mine; Beijing air raid shelters; Japanese high command Okinawa tunnels; more. There are tons of illustrations in this fascinating book.