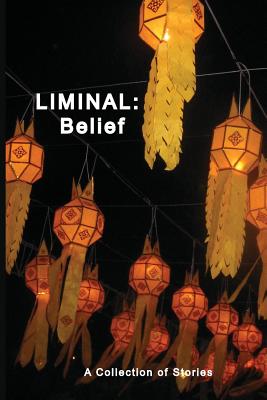 Systems of belief are inevitably built around narrative and story, which is to say that most things we feel connected to are. We crave to hear not just what is known but also, and maybe more significantly, what has happened. Even the most theoretical understandings must be confirmed by the story the speaker tells about the past--and the faith, hope, or belief they have for what will happen in the future--all bound up in the passage of time, in the existence of characters, and in the power of place. As someone curious about language, it always interested me to see how many things narrative finds its way in to. And yet so little attention is given to the crafting or receiving of a good story. But spend a moment sitting in a crowded dining hall, in a classroom of any kind, a caf or bar, around a kitchen table, a bed shared between lovers and you will hear stories. Every place--a setting, every person--a character. Sit in your living room alone on a Friday night, uncertain where you belong, and there too you have a story, filled with all the potential as any other. Politicians practiced in new and tired tales of heroism and villainy; actors in our halls of justice trained in its art--even scientists can't help when connecting with people to fall into the grand dramas of rock and water, particles personified in their dance with one another. Story helps us make connections. It is to know how elements interact, how environment shapes those elements, and how those elements shape their environment. It is to know how it was for them, to be allowed to live in some small way that which the story teller has lived--that which they have understood, to know it ourselves. To allow those mirror neurons a full heartmind fire. To be made bigger by the sum of our experiences. Liminal: A Storytelling Event took place on a Saturday night in March at the Mercury Caf draped in its rainbow curtains to a sitting and standing room. Eight storytellers were asked to explore what came to mind when given the word: Belief. If you try and think of what comes to mind as one is likely to do, you might feel it challenging. The mind struggles to find its symbols. What, if I had to say it, if I were to show it, is it that I believe? Profoundly personal and political, belief plays an elusive but supremely influential role in shaping our lives--the fragmented, shared make-believe that the modern man and woman must participate in, in order to join together. It is something we aren't even always conscious of--belief almost, oftentimes, transcends thought. It buries itself somewhere in our bones. These storytellers were tasked with sharing something that informed this idea. To explore what drives us. You will find here the text of those stories. We gathered there, as we do here, to celebrate the art of the story, the drama and comedy of the people's moment, to peek behind the curtain, to take stock of what has happened and to see what can be found in it. What words, of all those words, might tell me what I believe, which ones and in what order might tell the world?