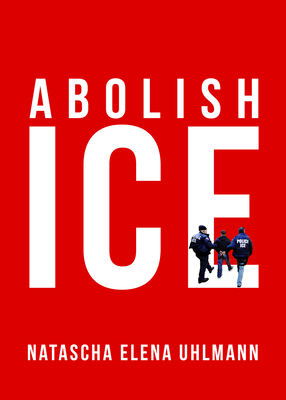 
Not On Our Shelves—Ships in 1-5 Days
An impassioned argument by a young Mexican American woman for the abolition of Immigration and Customs Enforcement (ICE) Abuses in detention centers. Detention of handicapped children. The silencing of activists. Each week, another attack on immigrant rights comes to light. It's going to be hard to say we didn't know. ICE has escalated a campaign that tears apart families and ruins lives. But this didn't begin, and won't end, with Donald Trump in the White House. The Obama administration deported record numbers of immigrants, wildly expanded the scope and capacities of ICE, and supported detention center quotas. Voting Democrat alone won't save these children. Immigration does not take place in a vacuum; each time the United States pushes through another exploitative trade deal or wreaks havoc on sovereign countries, we perpetuate migration flows fueled not by opportunity but by desperation. How long will we continue funding an agency premised upon the abuse and dehumanization of undocumented immigrants? We need to abolish ICE. This concise, accessible book sets out the reasons why and the way it can be brought about.