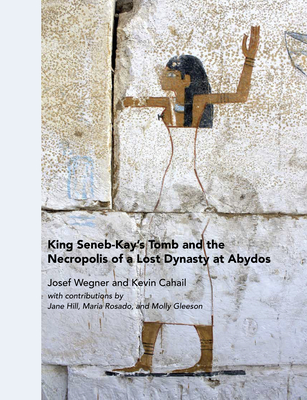 This volume is the publication and analysis of the tomb of pharaoh Seneb-Kay (ca. 1650-1600 BCE), and a cemetery of associated tombs at Abydos, all attributable to a group of kings of Egypt's Second Intermediate Period. The tomb of Seneb-Kay has provided the first known king's tomb of pharaonic Egypt that included decorated imagery in the burial chamber. That evidence, presented in full-color and discussed in detail in the volume, allows us to identify this previously unknown ruler along with a group of seven similar tombs that can be attributed to an Upper Egyptian Dynasty that survived for approximately half a century during a period of pronounced territorial fragmentation in the Nile Valley.

The book examines the architecture and artifacts associated with these tombs as well as presents an osteological analysis of the bodies of Seneb-Kay and the other anonymous individuals buried at South Abydos. Seneb-Kay's skeletonized mummy was recovered inside his tomb and provides a rare opportunity to examine the body of a king of this era. He is the earliest substantially preserved body of an Egyptian king to survive in the archaeological record, and the first known Egyptian pharaoh whose skeletal remains show that he died in battle. The analysis of his death in a military encounter, along with insights from the other skeletal remains indicates a line of kings whose rise to power was associated with their social background as members of the military elite. The book examines the wider implications of these bodies in terms of the pronounced militarization of society in the Second Intermediate Period.

Seneb-Kay's tomb has also provided extensive evidence, through its use of reused blocks bearing decoration, of earlier elite and royal monuments at Abydos. The combination of evidence provides a new archaeological and historical window into the political situation that defined Egypt's Second Intermediate Period.