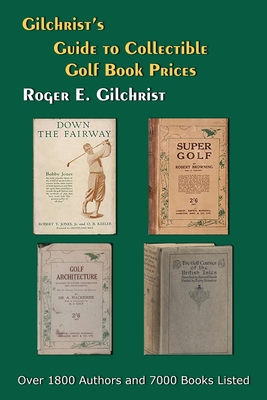 Roger E. Gilchrist has been actively involved in the Golf Autograph and Golf Memorabilia world since 1977. He has been a contributor to the "Sanders Price Guides to Autographs" since its inception in 1988, and assisted with the "Sanders Price Guide to Sports Autographs" in 1993. In 1998, Roger authored the widely acclaimed "Gilchrist Guide to Golf Collectibles," with the second edition published in 2004. In 2001, the "Gilchrist's Guide to Who's Who in Golf" was released, and all three are highly sought after collector's references. The information found in those books is still referenced in auction catalogs and golf publications today.