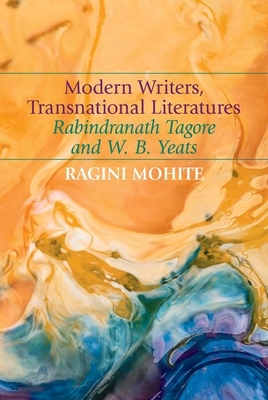 
Not On Our Shelves—Ships in 1-5 Days
This book addresses W.B. Yeats's and Rabindranath Tagore's engagements with identity, nationalism, and the literary and cultural traditions of Ireland and India. It offers a fresh critical perspective on their work from the beginning of the twentieth century, the point at which their international collaborations most significantly influence the cross-border lives of their literature. This book foregrounds the Yeats-Tagore relationship, significant among their international collaborations, provides a new analysis of the fraught beginning to Tagore's international fame, and the value of reading his English translations as original texts, as is done by many English-language readers. Of Tagore's many international acquaintances, Yeats looms largest over his first English-language publications. This brief relationship, in part due to its tensions, is significant when considering literary modernism's global nature and appeal. Exploring the thematic parallels and generic innovations in
the works of Yeats and Tagore allows readers to recognize the significant moments of tension and divergence in their oeuvres. Reading Yeats and Tagore comparatively offers a timely historical perspective on how the nationalised valences of identity and selfhood might become transnational in contemporary readings.

Ragini Indrajit Mohite is an independent researcher and currently a teacher for the IB and IGCSE curriculums in Mumbai, India. She received her PhD from the University of Leeds in 2016 and has previously been a Teaching Fellow at the same institution, and a Leeds Humanities Research Institute Postdoctoral Fellow. Mohite's essays have appeared in the James Joyce Broadsheet, International Yeats Studies, Stand, South Asian Diaspora, and the Hong Kong Review of Books. She is an Associate Fellow of the Higher Education Academy and has engaged with international archives including the Henry Moore Foundation, UK, and the Maharashtra State Archives, India.