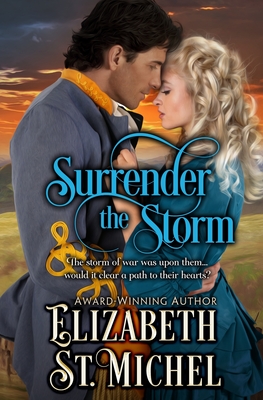 The International Award-Winning author continues her Civil War Surrender Series with this romance following two defiant hearts clashing over a desperate battle of wills in the glorious age of chivalry.

Rebel Colonel Ryan Rourke, the notorious Gray Ghost, is the scourge of the North, incensing Grant's army at every turn. After suffering a horrible defeat that left many of his men dead, Colonel Ryan will stop at nothing to win-including kidnapping a group of nuns en route to give medical succor to the Yanks. With one of his men critically injured, he needs the medicine and supplies the nuns carry. He is also informed that the youngest nun is a doctor. But one look into the violet eyes of the stunningly beautiful Yankee nun fills him with sensual thoughts and longing for the forbidden.

Dr. Grace Barrett can never reveal her true identity. Disguised as one of the Sisters of Charity, she possesses a dangerous secret that threatens her very life. Being held captive by Ryan proves to be the only way Grace can remain safe from those who would see her hanged. But boldly she challenges Ryan's will-until he takes her into his powerful embrace, awakening an irresistible hunger. But under his penetrating gaze, neither Grace's body or her heart are safe. And too late, she finds herself ensnared in a seductive trap of pride and passion, loyalty and lies.

As the storm of war rages around them, both will fight the tempest in their souls to clear a path to their hearts.