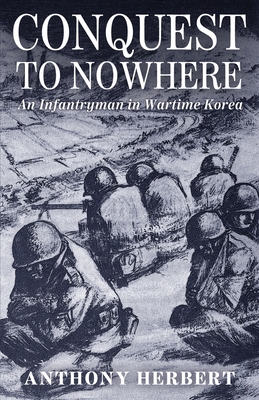 Conquest to Nowhere, first published in 1955, is author Anthony Herbert's account of his harrowing time in Korea in 1950-1951. Herbert, wounded numerous times, became America's most decorated soldier of the Korean conflict. He tells a gritty, heart-wrenching story of dangerous patrols, battles against overwhelming Chinese assaults, the anguish of losing comrades-in arms, and his personal struggles to simply survive. Herbert continued his military service in Vietnam where he attained the rank of lieutenant colonel. Includes several illustrations.