A Countryman's Journal: Views of Life and Nature from a Maine Coastal Farm (Paperback) 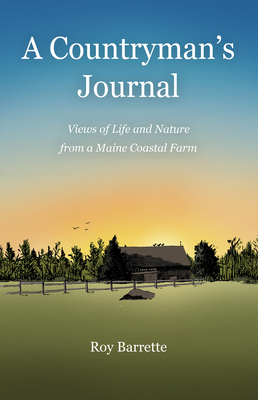 A Countryman's Journal: Views of Life and Nature from a Maine Coastal Farm (Paperback)


Not On Our Shelves—Ships in 1-5 Days
In A Countryman's Journal, originally published in 1981, author Roy Barrette describes life on his small coastal Maine farm. Equipped with a few barnyard animals, a library full of his favorite literature, and an abundance of home-grown produce, Amen Farm in Brooklin gave Barrette the fuel to create thoughtful and evocative weekly essays out of his everyday life for his local newspaper, The Ellsworth American. Through his appreciation of the old New England country--from canning his own vegetables and steaming fresh clams to taking walks with his spaniel and aiding in the birth of new calves--Barrette creates a world apart from the regimentation of urban living. After departing from city life himself in 1958, Barrette spent time digging clams, making jam, and taking in the Maine countryside. A Countryman's Journal, a collection of his weekly columns, serves as his love letter to these simple pleasures.
Roy Barrette was born in America, but raised in England. He got his first glimpse of Maine in 1919, while working as a deckhand on an 800-ton coal barge. After ten years at sea, Barrette began a successful business career in Philadelphia. After retiring in 1958, Barrette and his wife Helen purchased a saltwater farm on Naskeag Point in Brooklin, Maine where he tended his garden, kept a few barnyard animals, and wrote an award-winning weekly column for The Ellsworth American and The Berkshire Eagle. His essays also appeared in Down East and Yankee magazines. Barrette penned two more books, A Countryman's Bed Book and A Countryman's Farewell, before his death in 1995 at 98.