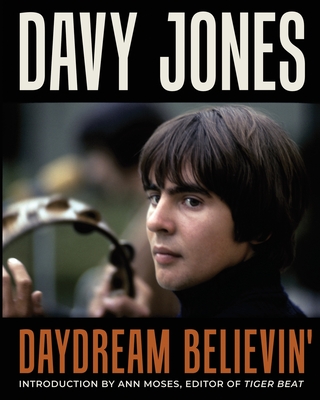 From a Tony Award nominee, to the teen idol of the Monkees - Davy Jones: Daydream Believin' is a wonderfully revealing account of Davy's life and career. Davy shares his very personal recollections of his childhood in England; beginning with his time as an apprentice jockey, leading to his young days on the Broadway stage in New York and ultimately to his phenomenal success as teen idol of the 60's group the Monkees. Readers get an up-close look at his family life and career.

"HE GREETED ME THAT DAY BY TAKING MY HAND AND SAYING, 'WELL COME ON IN ' AND THEN HE GAVE ME A TOUR OF THE ENTIRE SOUND STAGE. STARS DIDN'T GIVE TOURS OF SOUND STAGES TO EDITORS OF FAN MAGAZINES. BUT DAVY JONES DID, THAT DAY IN 1966, TALKING ALL THE WHILE ABOUT EVERYTHING BUT HIMSELF."