The Nicholas Effect: A Boy's Gift to the World (Paperback) 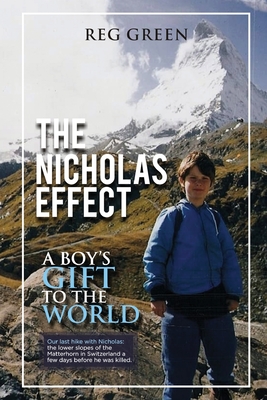 The Nicholas Effect: A Boy's Gift to the World (Paperback)

This is the story of how a seven-year old American boy, Nicholas Green, was shot in a botched robbery while traveling along a major highway in the south of Italy on a family vacation, how his parents, Reg and Maggie Green, donated his organs and corneas to seven very sick Italians, four of them teenagers and how that decision changed the views of millions of people around the world about organ donation.

In Italy alone donation rates in the next 10 years tripled, a rate of increase no other country has ever come close to so that thousands of people are alive there who would now be dead. Newspaper and television channels around the world covered the story and its aftermath: an increase in understanding worldwide of the power of a single decision to save multiple lives. "The Nicholas Effect" describes every stage in how this one decision changed the world's view of what until then had been to most people an obscure and frightening surgical procedure. It tells how the seven recipients, some on the point of death, resumed their lives, including one who had a baby four years later and called him Nicholas.

It tells how the Green family adapted to life without Nicholas including the birth of twins to Maggie, two years after Nicholas' death and how Nicholas' sister, Eleanor, four years old at the time of the shooting, found the strength to overcome his loss and deal with the whirlwind in which meeting celebrities and photo sessions with leading politicians became a way of life.

The book covers the arrest, trial and conviction of two Mafia men who had attacked the Greens' rented car because they thought it was carrying a cargo of jewelry. It describes in detail the making of a made-for-television movie, "Nicholas' Gift," starring Jamie Lee Curtis and Alan Bates which has been seen by a hundred million people worldwide. It ends on a note of hope, reflecting on the much-increased numbers of people around the world who are now willing to donate a loved one's organs to complete strangers.