To Where You Are: Love, Loss, and Finding the Path Home (Paperback) 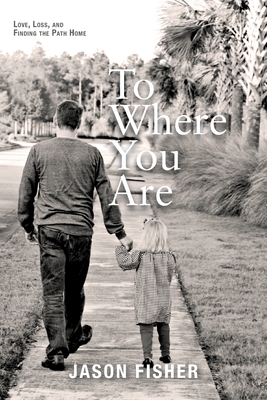 To Where You Are: Love, Loss, and Finding the Path Home (Paperback)


Not On Our Shelves—Ships in 1-5 Days
Consumed by heartache following his wife's unexpected death after just five years of marriage, Jason Fisher navigates a tumultuous journey as he adapts to a world he never imagined facing. He must now learn to balance the loss of his soulmate with his new life as a young, single, widowed father of a daughter with a rare disability. Jason's trauma causes setbacks and he experiences moments of painful loneliness while raising a nonverbal child. Fisher perseveres through years of grieving and ultimately discovers that the path home lies in embracing the moment, listening to his heart, and living out his true passions, including an improbable run for the United States Senate in one of modern history's most watched races. To Where You Are is a moving memoir by debut author Jason Fisher, who details his story of discovering unconditional love, dealing with grief and trauma following unforeseen tragedies, and forging a new path forward.