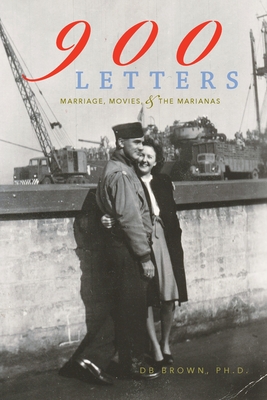 
Not On Our Shelves—Ships in 1-5 Days
(This book cannot be returned.)
There were over six million marriages in the United States during World War II, 1.7 million in 1944 alone. Six million love stories, each unique, each special, all of them taking place against a backdrop of terrible world conflict. Because of the war, many couples were separated for long periods of time and communicated with each other by writing letters. World War II ended more than seventy-five years ago, but fortunately, many of these letters have survived and provide vivid and moving glimpses of those times.
In 1942, Harvey and Betty met at a USO dance in Beverly Hills. He was in training with the Army. She worked at a record store near several major motion picture studios. Harvey soon left California for continued training on the East Coast, and the two didn't see each other again until they became engaged on the Fourth of July in 1944. They were married that November, and the following spring he was sent to Guam, where he served until the end of the war.
From April 1942 until January 1946, Betty and Harvey were together for only a few months, but they wrote to each other often, eventually almost daily. Through their correspondence they got to know one another, became close, and eventually made plans to spend their lives together. They wrote long letters, a lost art these days. Of course, they shared feelings about their growing relationship, but they also described their daily lives and their real time observations about wartime America in the 1940s. Harvey wrote about his life in the Army, his daily routine, the bases where he served, his time overseas in Guam. Betty described life in Hollywood, the music being performed and recorded, the effects of the war on families left at home. They both loved movies, and they shared impressions of recent releases, many of which are now considered classics. Betty saved their letters, some nine hundred of them, and she noted in one of them, "...maybe someone should write a book about our story...." Little did she know.