You Really Got Me (Rock Star Romance #1) (Paperback) 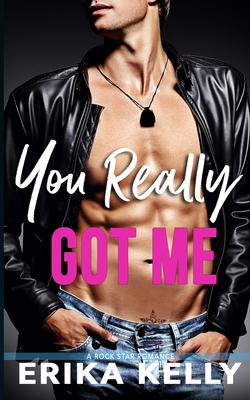 You Really Got Me (Rock Star Romance #1) (Paperback)

This is book number 1 in the Rock Star Romance series.

You Really Got Me is a slow burn, friends-to-lovers, rock star romance with explosive sexual chemistry and a soulful rocker who falls for his bandmate's sister. "Slater Vaughn might just be the best book boyfriend I've ever come across." - Obsessed with Romance

If Emmie Valencia can get her brother's band to the next level, her career will be set. So, if she has to live with five hard-partying guys, it's worth the sacrifice. And the sizzling connection between her and the cocky, smoking hot, lead singer? Not a problem. She's been there before and has the broken heart to show for it. She won't make that mistake again.

Slater Vaughn's not what he seems. Sure, he's hot, he's sexy, and no one can captivate a crowd the way he does. But there's another side he doesn't show anyone...except Emmie. She sees right through him, past the wounds, down to his soul. And once he falls, there's no turning back.

So, it's a cruel twist of fate that right when Emmie lets down her guard and falls in love, she scores a national tour for the band. They're opening for the sexy, wildly talented, "It girl" of the moment. A woman so similar to Slater...it's like they were meant for each other.

Emmie swore she wouldn't fall for another musician, but here she is. Does she let him go...or does she take a leap of faith that they can go the distance?