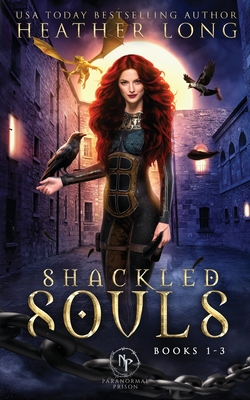 So, what's my story, you ask? It's nothing special. Or at least it wasn't.

You know it's going to be a bad day when you wake up in the wrong man's bed, your favorite leather outfit is completely shredded, your best Manolo Blahniks are broken, and your eighty-dollar manicure is ruined.

But would you believe me if I said that's just the tip of the sh*t storm?

My name is Fiona MacRieve, and I'm a succubus...or I was. I seduced a vampire and we had a fantastic time, until he drained me almost to death. Which wouldn't have been so bad if he hadn't forced his blood down my throat thinking it would heal me.

Cause that's not how I heal.

So not only did I wake up to losing my best outfit, I woke up dead.

Now I'm a vampire and I'm in prison. Some shit you just can't make up.

But wait, it gets better.

Four guys older than dirt think I'm their fated mate. Yep. Me. The idea that I, vampire succubus or not, am anyone's mate, much less these four dudes so old I should be accused of grave robbing is so laughable I didn't think that could be real either.

So, that's where the story begins, for the rest of it? Well, you'll just have to read the whole trilogy and for those of you who already know the story, there's a little extra bonus at the end.