The Cape May Movie Theater (Cape May Book 9) (Paperback) 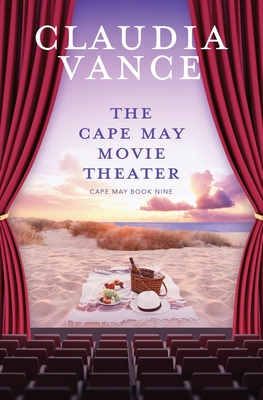 The Cape May Movie Theater (Cape May Book 9) (Paperback)

This is book number 9 in the Cape May series.

The Cape May Movie Theater used to be an adored, lively place in town until it closed in 1989 and quickly became a distant memory. That all changes when Katherine Duffield, the star of Dinner under the Stars, a movie that was filmed in Cape May, purchases it in hopes of having it restored in time for the film's premiere.

Jimmy, Katherine's old friend, has taken on the task of restoring the theater to its original glory. With the help of Dave and his crew, he quickly realizes that in order to have the theater completed by the premiere date, they will need quite a bit more help.

Donna begins attending college classes on campus and feels out of place as she realizes how much older she is than everyone in the classroom. Meanwhile, Dale tires of the long commute to Porridge, his restaurant in Collingswood, and considers a different plan.

Judy and Bob are invited to go skiing with their friends on Valentine's weekend. What starts out as an exciting adventure turns into a bit of a scary experience.

Sarah struggles with allowing her newly hired managers to run the Monarch Coffeehouse when she's not there. At the same time, she's become obsessed with finding the snowy owl along the South Jersey Coast.

Liz overextends herself with interior design clients and working from home becomes anything but easy.

Margaret is thrilled for the upcoming spring gardening season and begins winter sowing seeds. In the process, she thinks about the prospect of starting fresh in a new home with Dave.

In Book 9 of the Cape May Series, feel the awe and wonder of the historic Cape May Movie Theater's transformation while the cold winter months give everyone hope for a spring full of new life.

This is Book 9 in the Cape May series. It is recommended to start at Book 1, The Cape May Garden.