Painter of the Damned (Paperback) 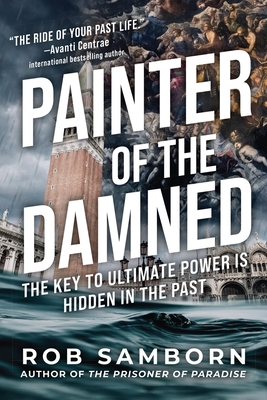 Painter of the Damned (Paperback)


Not On Our Shelves—Ships in 1-5 Days
A soul mate trapped in purgatory.Dangerous alliances.The quest for ultimate power.

After escaping Venice with their lives, Nick & Julia O'Connor have one goal: return home so they can end their nightmare vacation. But before they reach the American consulate, they're captured by Interpol and returned to Venice.

Behind Nick's detention is Salvatore della Porta, the corrupt head of an ancient, enigmatic order that controls Paradise, Tintoretto's Renaissance masterpiece that's also a purgatory for thousands of souls-including Nick's soul mate from the 16th century.

Della Porta believes Nick's previous life knows the location of a book lost to the ages. This mysterious manuscript will bring him world-changing power-or topple the order.

As Nick's link to the past consumes him, it's up to Julia to save her husband and crush della Porta. But with friends in short supply, she must enlist Carlo Zuccaro, unaware the young artist is the order's new Painter and warden of the damned.