Countdown to Atomgeddon: Europe: The Race to Build The First Atomic Bomb (Paperback) 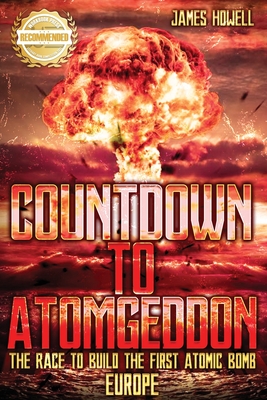 Countdown to Atomgeddon: Europe: The Race to Build The First Atomic Bomb (Paperback)

The Second World War was reaching a deciding point in late 1944 when the United States formed teams of scientists and specialized military units in the hope of stopping Germany from developing a "super weapon." These teams were responsible for capturing supplies of uranium and thorium raw materials and laboratory equipment used to produce the "super bomb." Many of the assets that the Germans possessed were vital to help the United States and the Manhattan Project build the first atomic bomb.

﻿The teams of scientists and specialized military personnel were called into service as the "Alsos missions" sent to find and confine many of the prominent physicists and their research work. It was believed that the Germans were close to developing the bomb and would ensure Nazi world dominance. Several of the captured physicists were to become part of the Manhattan Project while others were returned to Germany after the war to rebuild the sciences.