Going Under: Kidnapping, Murder, and A Life Undercover (Paperback) 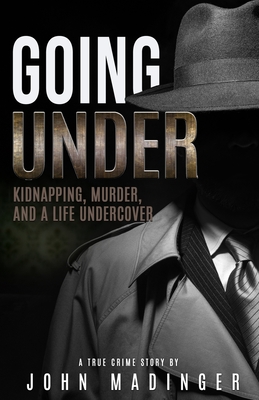 Going Under: Kidnapping, Murder, and A Life Undercover (Paperback)

"I just want to make sure I've got this right. You hanged all three of them? ..." That's how it began, a case where the cops are crooks and the crooks are cops, a kidnapping where the victim is the bad guy, and the good guys must cross some lines to get him back. Welcome to the upside down and backward world of the undercover agent, where nothing is as it seems, and people - including the undercover - may not be what they appear. GOING UNDER: Kidnapping, Murder, and A Life Undercover by former undercover agent John Madinger takes you into that world, and closer to the truth of the undercover experience than any other law enforcement memoir has ever gone.

"What is it like to work undercover?" You're a sheepdog in wolf's clothing, running with the pack, and Madinger ran with the wolves for almost two decades. Now he shares his story to give you a unique look at American crime and the "War on Drugs" from the perspective of both cops and criminals. You'll go with the undercover cops to meetings with street-corner hustlers and rip-off artists and into the lives of America's biggest rock stars, the world's richest man, an Academy Award-winning actor, the marijuana traffickers conspiring to assassinate a federal judge, and the President of the United States. It's an amazing ride, and there has never been another story like it.