The Gathering of Soldiers: The Roman Legacy (Paperback) 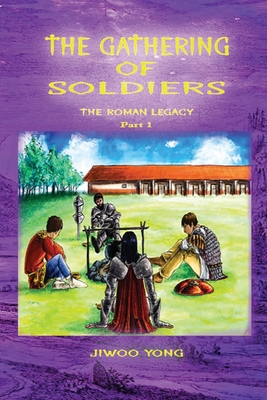 The Gathering of Soldiers: The Roman Legacy (Paperback)

This book series will surely allow the readers to have a taste of the people's lives, especially those of soldiers during the last decades of the Roman nation in the 1400's AD. It was hard to live back then and the world around the Romans was even harder with full of miseries, agony, death, and pain.

There is Apasios Lekapenos, a teenage peasant boy soldier in a military regime on an island; a perceived main character in this story who's quite dense and hopeless, but gets much help from people around him.

Then, there's Efraim, a young adult soldier of mid 20's; he's Apasios' soon to be mentor, who is full of wisdom and knowledge. Along with Efraim, there's Thomas, a commonly known angry drunkard of mid 20's in the military, he's the captain of a group of soldiers that Apasios joins, and he surprises people from time to time with his outstanding leadership and insight on others' feelings.

And then, there's Seth, a young soldier/physician of age 21, who's a very selfless and loyal group member of Captain Thomas' platoon.

Living in more of a small fiefdom on an island than an empire of many great regions across the seas, the Roman soldiers on the island, including those four above, struggle together through various hardships to find out where they fit in this miserable world. Their daily lives are initially very slow, but suddenly, they pick up speed and the futures become exciting, yet difficult for everyone to swallow.

﻿Growing pains will definitely be felt by the soldiers, but perhaps with the help of God the Most High in the heaven, they'll have chances to overcome everything and become shining stars in the Roman world.