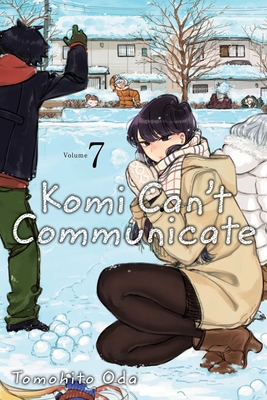 
Backordered
The journey to 100 friends begins with a single conversation.

Najimi’s sudden declaration of a Christmas Eve party at Komi’s house sends the friends into a  flurry of last-minute gift shopping and Komi into a fit of worrying. But when her friends all turn up with good cheer and a giant stuffed animal for her, it turns out Najimi wasn’t just being impulsive—there’s a special surprise for Komi too!
Tomohito Oda won the grand prize for World Worst One in the 70th Shogakukan New Comic Artist Awards in 2012. Oda’s series Digicon, about a tough high school girl who finds herself in control of an alien with plans for world domination, ran from 2014 to 2015. In 2015, Komi Can’t Communicate debuted as a one-shot in Weekly Shonen Sunday and was picked up as a full series by the same magazine in 2016.