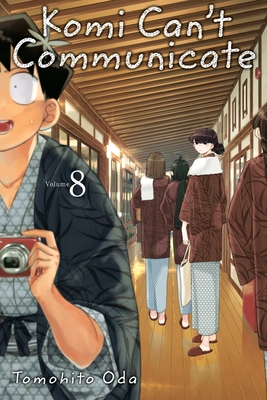 It’s time for the school trip to Kyoto, and even though Komi has never been on one before, she’s not worried. After all, she’ll have Tadano and her friends at her side! But then she’s assigned to be buddies with two girls she doesn't even know. Is Kyoto ruined, or will Komi be able to make new friends all on her own?!
Tomohito Oda won the grand prize for World Worst One in the 70th Shogakukan New Comic Artist Awards in 2012. Oda’s series Digicon, about a tough high school girl who finds herself in control of an alien with plans for world domination, ran from 2014 to 2015. In 2015, Komi Can’t Communicate debuted as a one-shot in Weekly Shonen Sunday and was picked up as a full series by the same magazine in 2016.