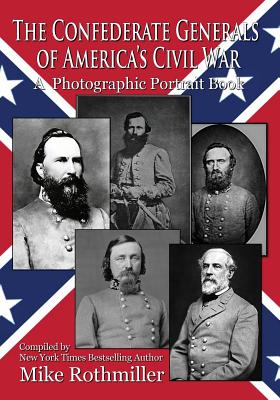 
Not On Our Shelves—Ships in 1-5 Days
(This book cannot be returned.)
This book has been nominated for the prestigious Pulitzer Prize in American history.This book is the authors protest against the removal of confederate statues and monuments. The author wants you to join his fight to preserve the history of the confederacy, and he plans to donate a significant portion of the proceeds from this book to legitimate organizations diligently working to maintain America's history. By purchasing this book, you'll demonstrate your support for keeping the history of the Confederate States of America alive.In the forward of the book, the author eviscerates the woefully ignorant individuals and the despicable pandering politicians demanding the removal of confederate monuments; which in effect, is akin to stealing knowledge from future generations of African American's. Their actions equate to racism.Many people have commented they would have purchased the book simple for the forward and dedication.The book contains over 400 photographic portraits of the courageous generals of the Confederacy.The Civil War was a tragic and bloody rebellion in American history claiming the lives of nearly 700,000 soldiers fighting for the Union and The Confederate States of America. Most historians agree the Confederate soldiers were considered Americans during the war, and are deemed Americans today.Many of the Confederate Generals in this book fought for America in the Mexican War before resigning their commissions to serve heroically in the Confederate States of America military. In the eyes of millions of Southerners and Northerners, these men were true patriots of the South. No one can deny they are an integral part of America history and they must be remembered.After the civil war, the surviving Confederate Generals quickly reconciled with the Union and supported it. Many of these Generals later served in the United States Senate, the United States Congress and as Governors of states.Never forget, as surely as Union Generals viewed themselves as patriots, the Generals of the South considered themselves patriots. All served, all sacrificed. All carried visible and internal wounds for life, and all bled in some fashion. Those are the perils of war and all who served, deserve respect and their place in history. It's been said a picture is worth a thousand words. Each image in this book speaks countess words."I have fought against the people of the North because I believed they were seeking to wrest from the South its dearest rights. But I have never cherished toward them bitter or vindictive feelings, and I have never seen the day when I did not pray for them." Robert E. Lee.