The King's Protocol: Hearing from the King (Paperback) 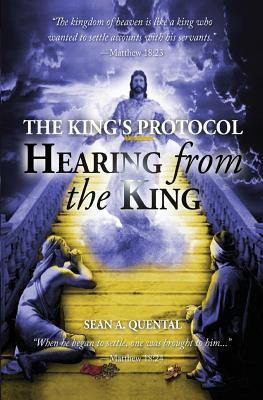 The King's Protocol: Hearing from the King (Paperback)

By Sean a. Quental


Not On Our Shelves—Ships in 1-5 Days
(This book cannot be returned.)
This book will appeal to any reader who cares about his/her health, as well as to people who have been seeking for peace and release from the negative emotions that they've carried since childhood. This is also something for people who want to nurture their spiritual and religious life.The most important thing accomplished in this book is releasing the negative feelings that people unwittingly store inside themselves. Using the parable of "Unmerciful Servant," Sean Quental gives a clear and concrete introduction on the virtue of forgiveness. He further elaborated points using his own anecdotes, which the reader could easily relate to. By using stories he also rationalized the neurological aspects and effects of carrying these negative emotions with us. This book is an effective merging of religious and scientific knowledge to teach forgiveness." The book follows a clear, thematic organization and is effective in delivering the message to the reader. The focus is on the virtue of forgiveness, and each chapter progresses to elaborate every aspect of the concept. The chapters are further divided into subchapters that give a clear picture of what the reader should understand at that given point." "The book has an instructional tone with it the effective organization of the ideas presented gives the reader an easy grasp of the subject. It is much like a textbook for forgiveness and how to deal with the emotional baggage that people from all walks of life are every day confronted with.