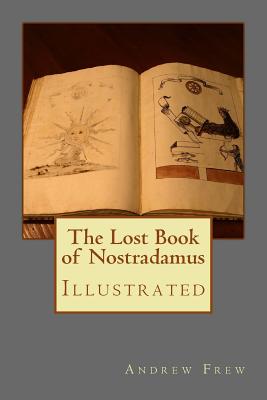 
Not On Our Shelves—Ships in 1-5 Days
(This book cannot be returned.)
The Vaticinia Michaelis Nostradami de Futuri Christi Vicarii ad Cesarem Filium D. I. A. Interprete (The Prophecies of Michel Nostradamus on The Future Vicars of Christ to Cesar His Son, As Expounded by Lord Abbot Joachim), or Vaticinia Nostradami (The Prophecies of Nostradamus) for short, is a collection of eighty watercolor images compiled as an illustrated codex. A version of the well-known Vaticinia de Summis Pontificibus of the 13th-14th century, it was discovered in 1994 by the Italian journalists Enza Massa and Roberto Pinotti in the Biblioteca Nazionale Centrale di Roma (Central National Library) in Rome, Italy. The document can be found in the library under the title Fondo Vittorio Emanuele 307.
Michel de Nostredame (depending on the source, 14 or 21 December 1503 - 2 July 1566), usually Latinised as Nostradamus, was a French physician and reputed seer who published collections of prophecies that have since become widely famous.