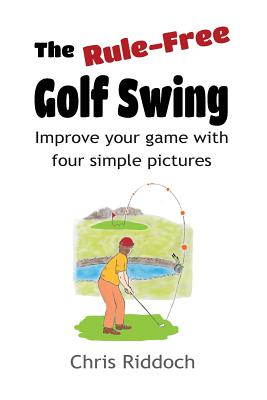 
Not On Our Shelves—Ships in 1-5 Days
(This book cannot be returned.)
IMPROVE YOUR GOLF SWING SKILL A shortened, refocused, version of The Golf Swing: it's easier than you think (2012) Did you know that the traditional approach to coaching a golf swing is based on the wrong science?

This practice guide, based on the principles of motor skill science (the swing, after all, is a skill ), shows how you can improve your swing using just a few simple images. If you want to stop struggling with endless mechanical swing rules, and instead harness the power of your innate skill-learning systems, this book shows you how.

Stop fighting against millions of years of evolution

Professor Chris Riddoch was born in Chester, UK, in 1949. He was a scratch golfer in his teens and represented his college (Borough Road) and county (Cheshire). He had two international trials for England (overlooked, alas). He has degrees in Physical Education and Sport Science and a PhD in Sport Physiology. Chris has worked at the universities of Bath, Bristol, Middlesex and Queens, Belfast and has published over 200 scientific articles on sport and exercise science. He lives in Stockholm, Sweden, with his wife Maya. Other books Winning at Sport: Science, Skill and the New Psychology of Outstanding Performance (2016) Expert Putting: The Science Behind the Stroke (2013) The Golf Swing: It's Easier Than You Think (2012)