How to Win The Bachelor: The Secret to Finding Love and Fame on America's Favorite Reality Show (Hardcover) 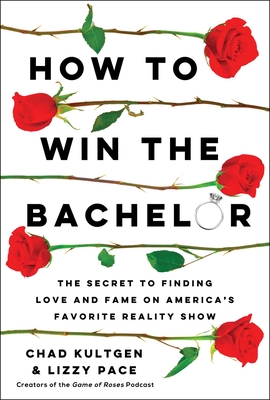 How to Win The Bachelor: The Secret to Finding Love and Fame on America's Favorite Reality Show (Hardcover)


Not On Our Shelves—Ships in 1-5 Days
Perfect for fans of Bachelor Nation and Seinfeldia, an illuminating deep dive into the most successful reality TV franchise of all time—The Bachelor.

Since its premiere in 2002, ABC’s The Bachelor has become a staple of American television. Now, discover the fascinating history of the show, uncover the ins and outs of the phenomenon that has become Bachelor Nation, and take a deeper look at what separates the winners from the losers.

From how best to exit the limo on Night One, to strategies for making a run for the all-important First Impression Rose, to how to avoid being labeled a villain, this clear-eyed guide illustrates the rules and strategies any would-be contestant should know.

The ultimate must-read for every fan, How to Win the Bachelor gives you an inside look at the franchise where The Rose holds all the power.
Chad Kultgen is a bestselling author, journalist, screenwriter, and podcast host. His novels include The Lie; The Average American Male; Strange Animals; The Average American Marriage; and Men, Women, and Children. He is also the creator of the NBC series Bad Judge. Follow him on Twitter @ChadKultgen.

Lizzy Pace is a network comedy television writer, with credits including NBC’s Bad Judge and the Emmy-nominated series The Good Place, starring Ted Danson and Kristen Bell. Her writing has also appeared on Funny or Die and PopCultureSensation. Follow her on Twitter at @PaceCase.
"Novelist Kultgen (Strange Animals) and TV writer Pace, hosts of the Bachelor-themed podcast Game of Roses, take fandom to a new level with this entertaining how-to for snatching the final rose on the popular reality series. Bachelor fans would do well to grab a highlighter." —Publishers Weekly

"Treating the show as a pro sport, the authors analyze which moves most often lead to success. Fans will be delighted." —People