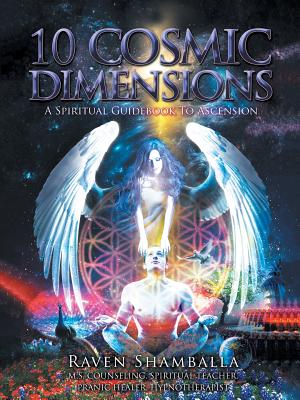 
Not On Our Shelves—Ships in 1-5 Days
Humans are evolving in dimensional consciousness. As one ascends beyond the 5th dimension, spiritual gifts activate. Humans are healed on all levels of their being, creating a multi-dimensional perceptive. Raven brings forward information on the soul's journey, life between lives, the light realms, and the effect of karma as we progress on our journey. Lightworkers have volunteered to be present on Earth during this difficult time in our history. All are invited to participate in bringing light to the world. The Spiritual Guidebook to Ascension provides tools for evaluating your spiritual evolution, and helping you to understand others in new light. Ten worksheets are provided for self-reflections and to assist you in moving through the guidebook.
Monica Kelly grew up Clovis, CA. Her parents were immigrants. Her mom was born in Rio de Janeiro, Brazil and her father was born in Calcutta, India. After her father was converted at a Billy Graham crusade, he decided to become a Christian minister in America. Monica grew up within a strong Christian faith. During adolescence, there was a betrayal in the church which caused Monica to leave the church. In college, Monica decided to practice hatha yoga to explore her Indian roots. That led to countless workshops on the subject and living at the Ananda Yoga Community in Seattle which introduced her to meditation, Kriya yoga and Raja Yoga. She returned to Fresno for graduate school. She graduated as a Marriage and Family Therapist at California State University, Fresno, in 2008. After graduation she discovered energy work, spiritual hypnosis and past life regression. In 2014, she awoke from an operation as a full-blown psychic healer. Monica was told she had a near death experience, went to the Light Realms and it was decided by her Counsel of Masters to wake her up so she could develop a new system of energy healing called Negative Energy Release Work. She was also told she would bring forward information on the 100 Chakras. At the conclusion of writing this book, Monica's Masters informed her it was time to change her name to Raven Shamballa. Her spiritual mission was made known to her. Raven lives in Carlsbad, CA, where she works as an energy healer, psychic and psychotherapist. She continues to write books, lead meditations and expand the content of this work online. For more information, see her website www.ravenlightbody.com, search 'Raven Shamballa' on YouTube, search 'Raven Lightbody' on Facebook, search 'ravenshamballalightbody' on Instagram. Readings are available by phone, Skype or in person in Oceanside, CA. Psychic readings are given on past lives, finding your life purpose, angel names, relationship issues, advancing in spiritual practice, psychic development and galactic origins. Negative Energy Release Work is an energy healing technique taught by Raven in which negative energies foreign to the energy body and Lightbody are released. For more information on this, see her website.