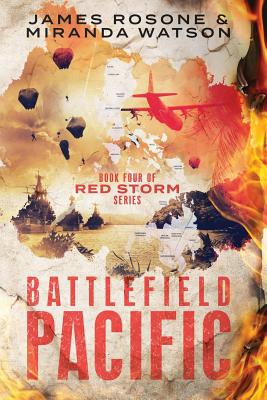 The communist threat is real...

...and the socialists at home are emboldened.

Can the President fight a war and a PR battle?

The Philippines must not fall. Despite the devastating loss of two aircraft carriers, the U.S. forces make a bold move. Will the Atlantic carrier group be enough? The formidable Chinese drones make this war unlike any fought in human history.

The Allies must hold their ground.

Can they uncover the Russian and Chinese plans in time?

How will India and Indonesia's involvement change the math?

Is this democracy's last stand?

If you enjoy naval battles filled with life and death decisions, you'll be hooked from the start. This series just keeps getting better and better.

The Red Storm Series is best enjoyed when read in the correct order as each book builds on the previous work. Reading order:

*When you buy a book written by Rosone and Watson, they have chosen to donate a portion of the proceeds to help support the following organizations: Tunnel to Towers Foundation, Operation Underground Railroad, and Charity: Water.