The Glory of the Amhara (2nd Edition): A Pillar of Our Identity (Paperback) 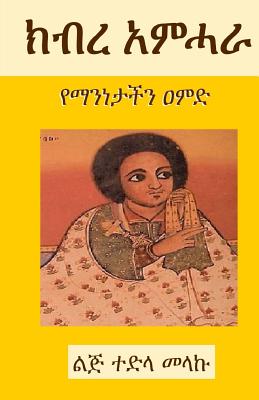 The Glory of the Amhara (2nd Edition): A Pillar of Our Identity (Paperback)


Backordered
(This book cannot be returned.)
"The Glory of Amhara: A Pillar of our Identity" is a book written in the Amharic language (with a final chapter in English that summarizes a significant amount of this book's content) about Amhara history, identity and politics. The Amhara are a Cushito-Semitic people that founded an (or restored a previously existing) Israelite kingdom in the Horn of Africa -- the Solomonic dynasty. This dynasty survived until the dissolution of the monarchy in 1974. This book assesses the beginnings, ancient identity, history, development and current struggle of this noble people.