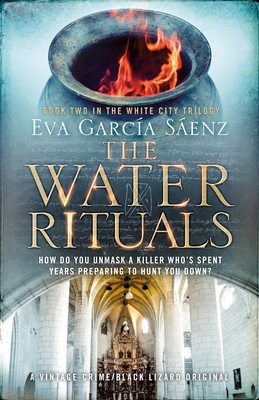 This is book number 2 in the White City Trilogy series.

HOW DO YOU UNMASK A KILLER WHO'S SPENT YEARS PREPARING TO HUNT YOU DOWN?

Kraken is back for the second installment in the internationally bestselling White City Trilogy, this time investigating a series of ritualistic murders, only to find that the key to uncovering the killer may be found in his own past.

A pregnant woman has been murdered in a brutal, ritualistic way: burned, hung, and then placed upside down in a Bronze Age cauldron. When Unai “Kraken” Lopez de Ayala discovers the victim is his first love, Ana Belén Liaño, memories of their time together come flooding back, and with them reminders of a dark secret long buried. Then the killer strikes again, enacting the same ritual against a second expectant parent. Kraken knows he must confront his past in order to unmask this fiend. And there’s no time to waste, because Deputy Superintendent Díaz de Salvatierra has just found out she's carrying a child. And the father could very well be Kraken himself...
Eva García Sáenz was born in Vitoria and has been living in Alicante since she was fifteen years old. She published her first novel, La saga de los longevos (The Immortal Collection), in 2012, which became a sales phenomenon in Spain, Latin America, the United States, and the United Kingdom. She is also the author of Los hijos de Adán (The Sons of Adam) and the historical novel Pasaje a Tahití (Passage to Tahiti). In 2016 she published the first installment of the White City Trilogy, titled El silencio de la ciudad blanca (The Silence of the White City), followed by Los ritos del agua (The Water Rituals) and Los señores del tiempo (The Lords of Time).
"[A] strong sequel to Silence of the White City. . . . Sáenz smoothly blends the police work with a close look at the psychologies of those involved. Readers who like crime fiction with a focus on matters of the heart will be well satisfied."
—Publishers Weekly