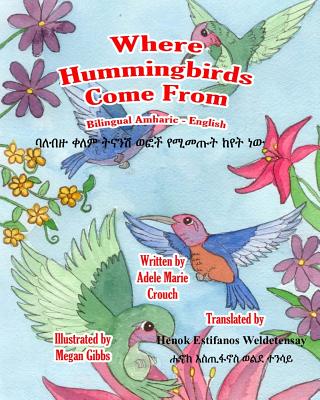 
Not On Our Shelves—Ships in 1-5 Days
(This book cannot be returned.)
Fantasy, folklore, and magic fill the air as a young girl's grandmother relates a legend of Where Hummingbirds Come From. Grandmother explains the magic waters and the beauty of this tiny bird. Where Hummingbirds Come From may well become an all-time children's classic and a perfect book for the young reader. As well as a wonderful study guide for English as a second language students. Amharic is an Afro-Asiatic language of the Semitic branch. It is spoken as a mother tongue by the Amhara in Ethiopia. The language serves as the official working language of Ethiopia, and is also the official or working language of several of the states within the federal system. Amharic is the second-most widely spoken Semitic language in the world after Arabic.