Touched by a Gladiator (Paperback) 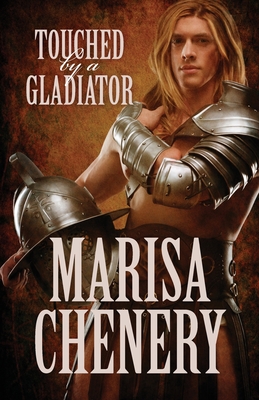 Touched by a Gladiator (Paperback)


Not On Our Shelves—Ships in 1-5 Days
(This book cannot be returned.)
Petra never expected an antique replica of a gladiator's rudis would impact her life, but impact it did, deliciously so. The moment she touches the relic a window to the past appears, and what she sees on the other side is shocking, beyond reason...hot. She can see into the world of an ancient Roman gladiator who is sexy as sin, and she soon discovers she'll do anything for the opportunity to touch him.Euric doesn't know what to make of the strange window that appears in his cell, but knows exactly what he wants to do with the woman on the other side. If only he could get to her. When the two discover they can touch through the portal, their sexual chemistry ignites and all thought as to why they shouldn't be together disappears.But when faced with the decision of leaving the life they know behind forever, can either of them take that final step through the window, into the life, and arms, of the one they love?
Marisa Chenery was always a lover of books, but after reading her first historical romance novel she found herself hooked. Having inherited a love for the written word, she soon started writing her own novels. She now writes young adult books and erotic romances. Marisa lives in Ontario, Canada, with her husband, four children, four grandchildren (she's a young grandma in her forties) and five rabbits. www.marisachenery.com