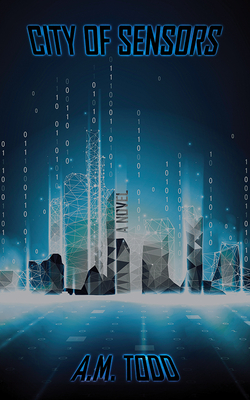 In a city where everything is recorded by data--from the coffee you drink to your most intimate secrets--Data Detective Frank Southwood, down on his luck and saddled with a gambling addiction, faces jail time if he can't pay his debts. Working for an elite body of detectives who use big data for police work, Frank gets the case that might make his career when he begins investigating a high-profile money laundering ring. Meanwhile, he meets and falls for Jenny, a political activist with ties to the criminal underworld. Desperate to pay his debts, Frank makes a dirty bribery deal with Jenny's fellow criminals, but soon his investigation leads him back to the criminals he himself works for. Forced to choose between putting Jenny in jail or else an innocent man in her place, Frank pushes the limits of morality in a world in which justice can seem preordained. Thoughtful and eerily prophetic, City of Sensors shines a light on a digital future rapidly becoming our reality.