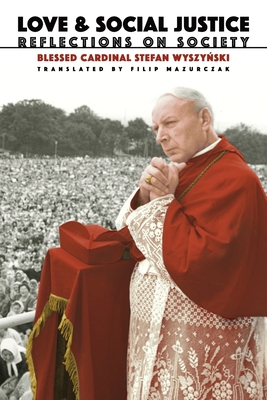 
Not On Our Shelves—Ships in 1-5 Days
Beatified in Warsaw in 2021, Blessed Cardinal Stefan Wyszyński (1901-1981) is widely recognized as one of Poland's greatest heroes of the twentieth century. Exercising the function of Primate of Poland from 1948 until his death, he reminded the Polish people of their Christian heritage and opposed the abuses of the communist regime; his popularity made him the Polish communist's worst nightmare. In this collection, which is bound to become a classic, Cardinal Wyszyński provides an astute reflection on the greatest social and political problems of the twentieth century, including Marxism, fascism, capitalism, and the decline of the family.