In Pillness and in Health: A memoir (Paperback) 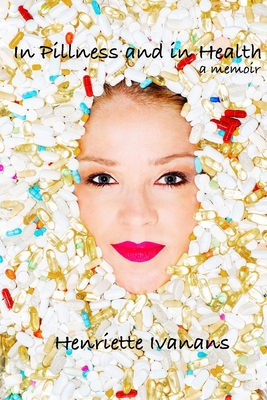 In Pillness and in Health: A memoir (Paperback)

What if your husband gave you a kidney and you chugged a beer with your painkillers the next day?


Meet Henriette and Kevin. As newlyweds, they move to LA to conquer Hollywood. When the dream begins to fade, Henriette delves into a secret life of Pills. Diagnosed with a rejecting kidney transplant, she becomes crippled by fear. Convinced Kevin can never understand, her part-time narcotic trysts explode into a full-blown pharmaceutical affair.

She is in love. Fiorinal, Vicodin, Morphine...All of them. Until onebackstabbing day, Pills lead her to her first overdose. Shattered, Kevin sacrifices his soul for his wife. He talks the ER out of a psychiatric hold. Later, he looks away when she pops Xanax on dialysis. Alone and barely holding on, Kevin believes the unconditional act of donating his kidney will save his wife's life and heal their marriage.

It doesn't. The kidney rejects. There is a second overdose. Nothing seems to break Pills' obsessive hold over Henriette.

But will it break Kevin? Will it break them? And after a lifetime of cheating can Henriette imagine a sober marriage of two?

In Pillness and in Health sweeps its reader into the maelstrom of true love held hostage by disease. Dare to be devastated, over and over, by the relentless tornado of their story. Written with radical honesty, and startling wit, In Pillness and in Health shines new light in the dark corners of addiction and codependency, as we wonder how many devastating diseases can one marriage survive?