Fanning the Flames: Firefighting in a dangerous era (Paperback) 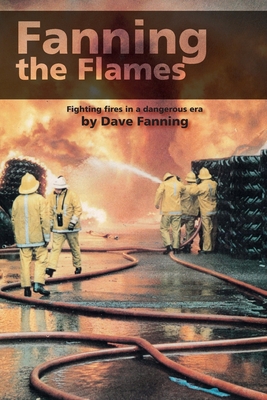 Fanning the Flames: Firefighting in a dangerous era (Paperback)

Dave Fanning's boyhood dream was to become a firefighter. Here are tales of a lost era of fire fighting using a hook and ladder to climb from one floor to the one above, where health and safety concerns for firefighters were not at the forefront, and where new forms of fire training were developed by him and his team.

These are the stories of a legacy of firefighting in Liverpool, England, in an era that had challenges of the sort no longer faced by firefighters today.

This was a time when more than 700 ships a week offloaded their often highly volatile cargoes in the docks of the River Mersey.

It was a time when firefighters had to master the use of the hook and ladder to enter buildings ablaze, and when little regard for Health and Safety saw them wearing what were no more than the equivalent of gardening gloves as they undertook their duties.

It is in this context that Dave Fanning brings us his memories of leading firefighting on Merseyside.

Poignant, funny, and full of down-to-earth detail and valuable lessons for any leader of people, these stories bring to life the Liverpool of the 1970s, 80s and early 90s, with humour and insight typical of the people on Merseyside.