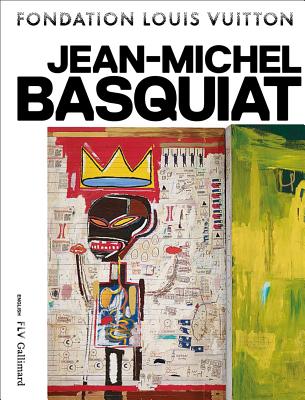 
Special Order—Subject to Availability
- Accompanies a major double exhibition on Jean-Michel Basquiat and Egon Schiele - two artists that died too young but created masses of work over the course of a decade - at the Fondation Louis Vuitton, Paris, from 3rd October 2018 to 4th January 2019- Comprises drawings, objects and paintings, gathered from private collections and museums all over the worldIn 2018 the Fondation Louis Vuitton, Paris, is hosting exhibitons on two of the greatest artists of the 20th century - Egon Schiele, and Jean-Michel Basquiat. Both exhibitions have the same curator, and are taking place at the same time. The shows illustrate exactly what it is that linked the two artists: line, and the use of expressive force.This, the catalog of the Basquiat exhibition, labelled "the definitive exhibition" by its curator, brings together 120 of the artist's most important masterpieces, sourced from interational museums and private collections. With the astonishing radicalness of his artistic practice, Basquiat renewed the concept of art with enduring impact. This Basquiat retrospective centres on the idea of Basquiat's unique energetic line, his use of words, symbols, and how he integrates collage in his paintings, sculptures, objects, and large-scale drawings.The catalog includes texts by great authors, including Paul Schimmel who tells of his meeting with Basquiat in California; Francesco Pellizzi who knew Basquiat well and has not written about him for a long time; and Okwui Enwezor who talks about the Afro American identity.
Dieter Buchhart is a curator and art theorist based in Vienna. He has PhD degrees in art history and restoration (science). He has curated many exhibitions in renowned international museums and art spaces, and was co-curator of the Barbican's exhibition, Basquiat: Boom for Real (21 September 2017-28 January 2018).