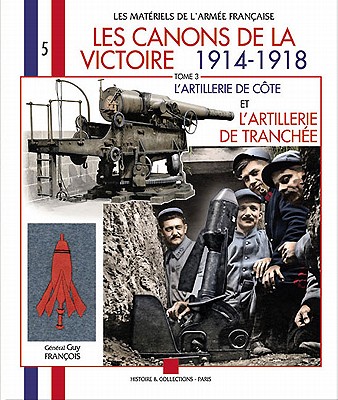 
Special Order—Subject to Availability
French Text This third volume of the Guns of Victory reviews two quite different types of equipment. First, the Coast Artillery, which played a very discreet role because the Allies had mastery of the seas. Most of the guns however became famous in another role, installed on railway carriages or on various other means of land transport adapted to a static war. The second group, the Trench Artillery, did not exist in France at the beginning of the war and had to be developed in chaotic conditions in the unexpected context of the colossal siege warfare imposed on the belligerents on the Western Front in the autumn of 1914. From the modest grenade launcher to the gigantic 340-mm trench mortar, this very structured volume deals with all the models of this frontline artillery, scrupulously following the pattern of the two previous volumes.