Allies in Battledress: From Normandy to the North Sea - 1944-45 (Hardcover) 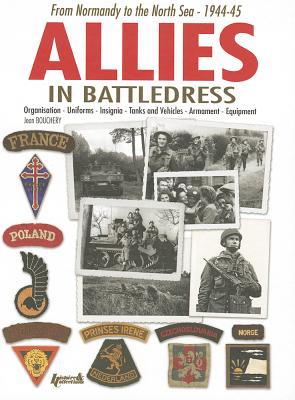 Allies in Battledress: From Normandy to the North Sea - 1944-45 (Hardcover)


Special Order—Subject to Availability
This is the third volume of the vast trilogy devoted to the Allied troops under the Anglo-Canadian command of the 21st Army Group (the Tommy during the Liberation, 2 vols., and the Canadian during the Liberation). The aim of this book is to discover the distinguishing features of these volunteers who donned British battledress: Belgians, Luxemburgers, Frenchmen, Dutchmen, Poles, Norwegians, Czechs and Danes and who were engaged from the Normandy beaches to well into the heart of the Reich. It is intended for all sorts of amateurs of history: collectors, model-makers, historians and reconstitution groups. Jean Bouchery is a specialist of 1944-1945 and as such he is one of the regular authors for the specialized press, especially Militaria Magazine and has taken part in a number of works published by Histoire and Collections.