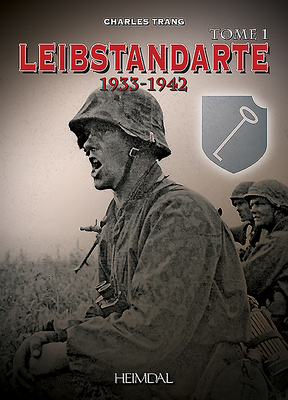 Starting with the basic core of 117 men who made up the Stabswache in 1933, the Leibstandarte, Hitler's personal bodyguard, became an elite motorized unit, then a brigade then a division. It distinguished itself in Poland, in the West and obtained its first military notoriety in the Balkans where Kurt Meyer distinguished himself in particular. Then it was the fighting on the Eastern Front, at the forefront of the victories. Then after 1943, it continued to distinguish itself in the big battles, at Kharkov and at Kursk. It then disarmed the Italian Army, fought in Normandy, in the Ardennes and took part in the ultimate fighting in Hungary, or even in Berlin for some of its elements.

This military history is accompanied by a lot of portraits of officers who became famous, but also photographs of materials.
It's a fabulous book, a milestone, a limited edition which should be put into any serious library.