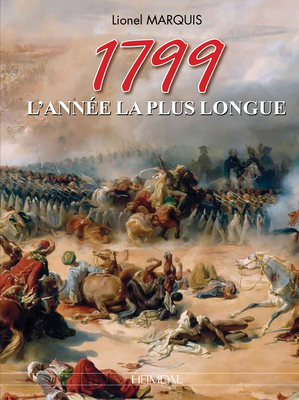 The year 1799 began just as 1798 ended, in the calm that precedes all storms. France now had six "sister republics" (Batavian, Cisalpine and Ligurian, Helvetic, Roman and Neapolitan) and was preparing to face the Second Coalition--aided, this time by Russia-- in Egypt, in Italy and in Helvetia. Napoleon Bonaparte being far from Europe, his adversaries took the opportunity to invade and destroy, over the course of many battles, everything that the French had built over the previous three years. In the last third of the year the Austro-Russian threat slowly ebbed away, and Bonaparte seized power and installed a strong government. 1799 thus came to an end without any definitive military solution being found. It was not until 1800 and the decisive victories of Hohenlinden and Marengo that there was hope that the gunpowder would fall silent.