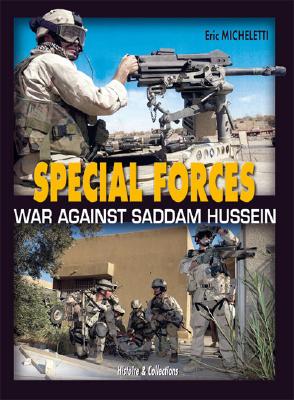 
Special Order—Subject to Availability
Long before the beginning of the Second Gulf War, the Special Forces and other clandestine teams of the Coalition's various services were already operating in Iraq.

This spectacular new book shows these highly specialized teams in action, fulfilling their missions well ahead of the arrival of the conventional forces. Even today the Special Forces, mainly US and British, are waging a merciless war against terrorists of all kinds who proliferate in Saddam's former empire.

The book is profusely illustrated with hundreds of shots taken at the heart of the action on the ground in Iraq, showing all the clothing and equipment used by the Special Forces.

Eric Micheletti's previous book from the "Raids Magazine" group at Histoire & Collections, Special Forces - War against Terrorism in Afghanistan, was a huge success here when it was published last year.