Ethnic Media and Democracy: From Liberalism to Agonism (Paperback) 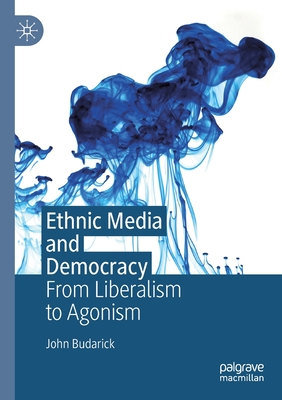 Ethnic Media and Democracy: From Liberalism to Agonism (Paperback)

Placing ethnic media within the context of democratic theory, this book suggests novel ways of thinking about media from the margins. After discussing ethnic media research and defining the concept, John Budarick provides a succinct and in depth discussion of liberal democracy, deliberative democracy and agonistic pluralism, critiquing the explanatory and normative power of each in relation to media, journalism and ethnic diversity. Ultimately, Ethnic Media and Democracy demonstrates the power of agnostic pluralism, an underused theory in media studies that provides a framework for analysing ethnic media. By using this unique approach, the book engages with some of the most pressing issues in the fields of media, politics and democracy, and prompts innovation in the application of traditional models.

John Budarick is Lecturer at the University of Adelaide, Australia. He is the co-editor of Minorities and Media: Producers, Industries, Audiences (2017) and has been researching ethnic media for more than ten years.