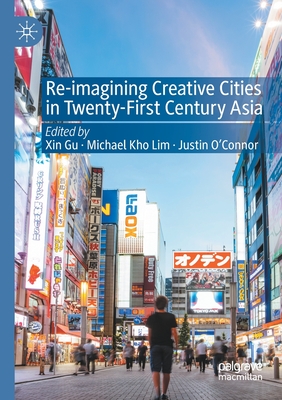 This book responds to the lack of Asian representation in creative cities literature. It aims to use the creative cities paradigm as part of a wider process involving first, a rapid de-industrialisation in Asia that has left a void for new development models, resulting in a popular uptake of cultural economies in Asian cities; and second, the congruence and conflicts of traditional and modern cultural values leading to a necessary re-interpretation and re-imagination of cities as places for cultural production and cultural consumption. Focusing on the 'Asian century', it seeks to recognise and highlight the rapid rise of these cities and how they have stepped up to the challenge of transforming and regenerating themselves. The book aims to re-define what it means to be an Asian creative city and generate more dialogue and new debate around different urban issues.

Xin Gu, is part of the UNESCO Expert Facility, supporting the 2005 Convention on the Protection and Promotion of Cultural Diversity (2019-2022). She was Director of the Master of Cultural and Creative Industries at Monash University, Australia. Michael Kho Lim is Lecturer of Media and Cultural Policy at Cardiff University, UK. He authored Philippine Cinema and the Cultural Economy of Distribution (2019). He is also an independent film producer and has extensive experience in the management of cultural and creative industries. Justin O'Connor is Professor in the School of Creative Industries, University of South Australia. He is also Visiting Professor in the School of Cultural Management, Shanghai Jiao Tong University, China. He was in the UNESCO Expert Facility, supporting the 2005 Convention.