A Handbook of Model Categories (Algebra and Applications #27) (Paperback) 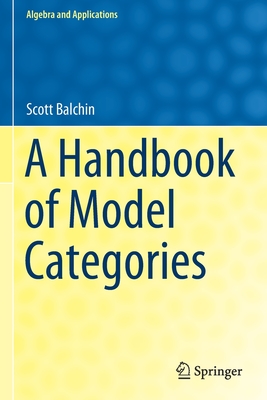 A Handbook of Model Categories (Algebra and Applications #27) (Paperback)


Not On Our Shelves—Ships in 1-5 Days
This book outlines a vast array of techniques and methods regarding model categories, without focussing on the intricacies of the proofs. Quillen model categories are a fundamental tool for the understanding of homotopy theory. While many introductions to model categories fall back on the same handful of canonical examples, the present book highlights a large, self-contained collection of other examples which appear throughout the literature. In particular, it collects a highly scattered literature into a single volume.
The book is aimed at anyone who uses, or is interested in using, model categories to study homotopy theory. It is written in such a way that it can be used as a reference guide for those who are already experts in the field. However, it can also be used as an introduction to the theory for novices.

Scott Balchin currently holds a position at the Max Planck Institute for Mathematics, Germany. Previously he was a postdoctoral research fellow at the University of Warwick, England. He has published several articles on the use of Quillen model categories in various aspects of homotopy theory.